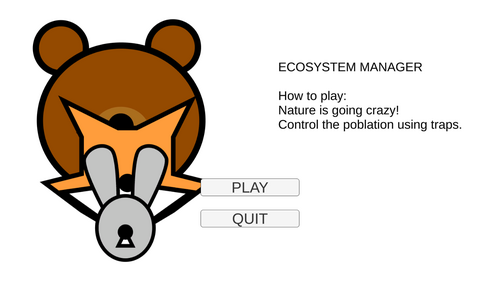 Now that the GMTK Jam 2021 has finished, I can upload a new version that will be finally playable! You can play now the version 1.1. Basically, it's like the first version, but I have removed the problem that made the menu to not to be opened.

This version of the game is more of a prototipe: you can just play a level and take a look the proposed mecanics and gameplay. It has also lots of shortcommings, like no music or sound effects, a bad visual style, crappy sprites... But anyway, I'm proud of the results, and I think that it's a funny game. I'll keep working on this project, because I think it has potential and that is an original idea, and I like it!